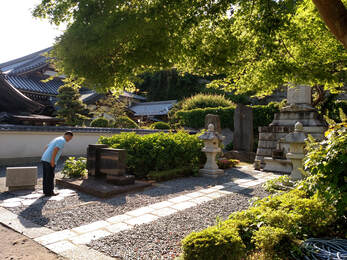 The history of Karatedo can be traced to the Ryu kyu islands which stretch from Taiwan to Kyushu (the southernmost island of the Japanese mainland).

Lying at a confluence of trade routes, Okinawa was greatly influenced by China and later Japan. Early developments of what was known as Okinawa-te (Okinawa-hand) featured adaptation of indigenous Okinawan, Chinese, and early Indian methods of combat. In the 1600's, forces from mainland Japan took possession of the Ryu kyu kingdom and instituted a complete ban on the possession of weapons and the practice of Martial Arts. From this era until modern times, training in Karatedo was secretive and in addition to developing the body as an instrument of self-defense, tools, farming equipment and other items were utilized as weapons.

In the early 1900s, a form of Karatedo was added to the school curriculum in Okinawa. Gichin Funakoshi, a school teacher from Okinawa first standardized and then introduced Karatedo to the Japanese mainland in 1917 and again in 1922. in 1922 Funakoshi Sensei along with Makoto Gima demonstrated Karatedo at the Kodokan in Tokyo. It was this demonstration that led to the popularization of karate in Japan. Funakoshi Sensei was instrumental in establishing Karatedo clubs at a number of universities. Some of the greatest names in modern Karate emerged as his students. In 1938, he opened a school known as the Shotokan dojo from which the modern day form of Shotokan Karate is named. Our lineage of Karate comes from Makoto Gima-  Funakoshi Sensei first black belt holder. 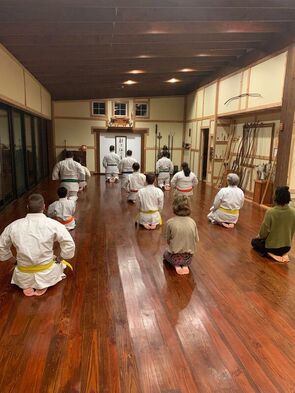 The word Karatedo is a combination of the three Japanese characters: Kara (empty), Te (hand), and Do (way or path). The way of karate means physical, spiritual, and moral development based on protracted training. We add Do to our karate because is a lifelong pursuit of excellence, both physical and spiritual. It is not a word in itself, but a character that is attached to another art — e.g., kyudo, Iaido and karatedo, aikido, Judo, Chado — and masters in Japan and elsewhere will dedicate their entire lives to the pursuit of the Do way. Do implies a path in life, morals and even a spiritual path---more than punching, blocking and kicking,

Karatedo practice has three aspects: kihon (basic training) emphasizing stances, breathing, various blocks, hand techniques and kicks; Kata (forms) is the heart of Karatedo and enables the practitioner to fully grasp the meaning of basic breathing, concentration, balance, coordination and focus; Kumite (sparring) allows practitioners to apply methods of attack and defense in a dynamic manner that enhances timing speed and control while working with a partner under controlled conditions. Through hard training, practitioners seek to foster a spirit that strives for truth, perseverance, spirit, respecting others, and refraining from violent behavior. 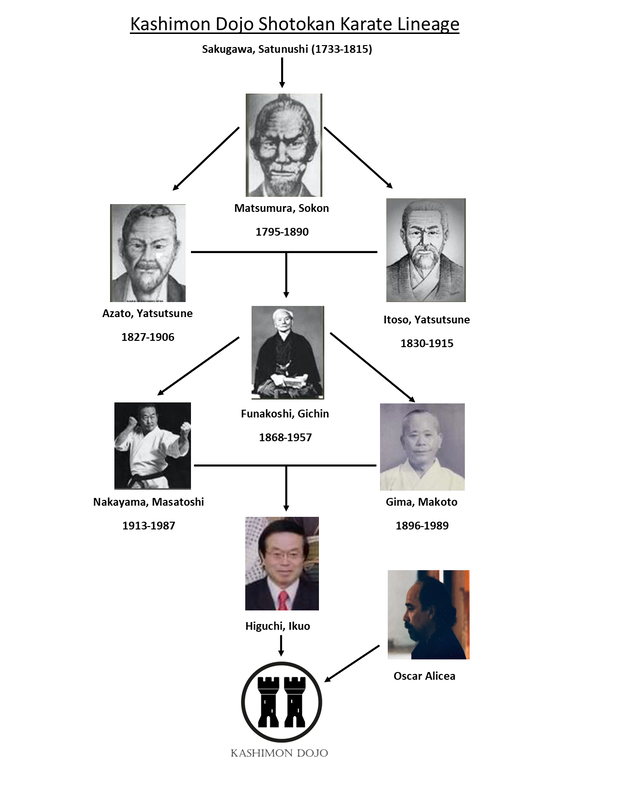 ​Recommended Readings: KARATE-DO, My way of life and The twenty Guiding principles of KARATE- both by Gichin Funakoshi
Recommended Film; The Karate Kid- Directed by John G Avilsen (focus on student teacher relationship and guidance)
​
"True karate is this; that in daily life ones mind and body can be trained and developed in a spirit of humility and that in critical times one can be devoted utterly to the cause of justice." -Gichin Funakoshi
"Work together to learn the true way of karate"- Makoto Gima